A currency is not necessarily coins or paper bills, but is money in any form that is used as a medium of exchange. The earliest forms of currency were pieces of gold or silver that were in an un-minted and un-unified form whose values were determined by the weight of the piece. Around the 7th century B.C. governments used an official stamp to guarantee the weight and purity of a piece of metal, thus the coin was born.

The balance was a tool used to determine weight. It was an early form of a scale with a beam that was suspended in the middle and had a basket hanging on each side. In one basket they would place the item that was desired to be weighed and in the other basket they would place premade weights of stone or metal of a known amount. They would add or remove the known weights until both sides were equal. 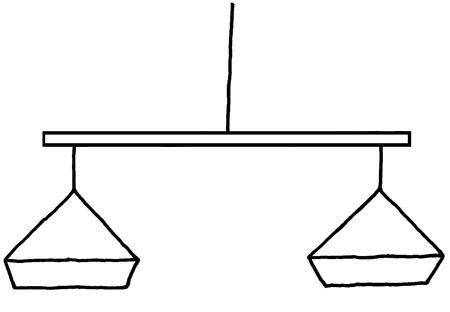 Now a problem that they faced was that one person’s weight may not have been the same in another town or country, and they solved this problem by bringing their own weights with them so they could see if they were receiving a just value. Deuteronomy 25:13 indicates to us that some people had two weights that they carried with them—a lighter weight and a heavier weight—and they tried to trick people by using the different weights to their advantage.

These counterweights of stone and metal did not become common in the near east until the 5th century B.C. Before this time the shekel, which was a balance equal to 320 grains of barley, was used. When metals were introduced as a means of counterweight, the weight of a shekel was fixed at 11.5 grams of silver. 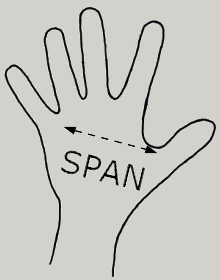 Linear measure was originally based upon parts of the body, such as the hand, arm or foot. The cubit, which is one of the most used measures of length in the Bible, was the distance from the elbow to the fingertip (about 18 inches), the span is the distance between the extended thumb and the little finger (about 9 inches), and the handbreadth was the width of the hand at the base of the four fingers (about 3 inches). 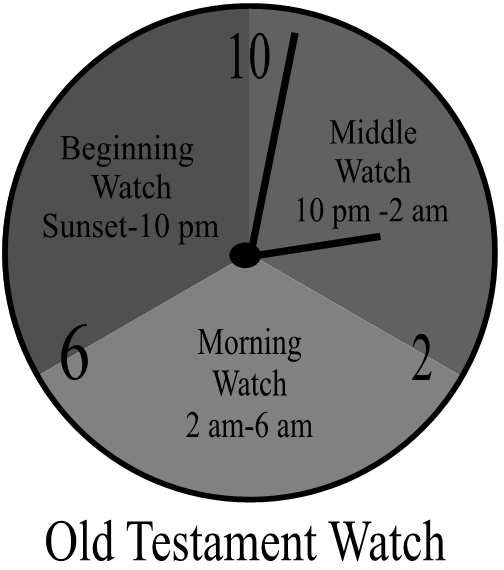 An hour was the shortest measurement of time among the ancient peoples. Their hour was not quite like our hour, which is always a fixed time, but was a 12th part of the time from sunrise to sunset, which made their hours constantly change in length as the season of the year changed.

In the history of the Jews, the year was wholly lunar, having alternately a full month of thirty days, and a defective month of twenty-nine days, thus completing their year in three hundred and fifty-four days. As the lunar year, which the Jews followed, is shorter than the solar year by eleven days, the Jewish calendar contains a 13th month, Veadar, introduced 7 times every 19 years. By this means the average length of the year is nearly correct and it keeps the seasons in the proper months.