Genesis 1:1-2,9-10—In the beginning God created the heaven and the earth. 2 And the earth was without form, and void; and darkness was upon the face of the deep. And the Spirit of God moved upon the face of the waters. 9 And God said, Let the waters under the heaven be gathered together unto one place, and let the dry land appear: and it was so. 10 And God called the dry land Earth; and the gathering together of the waters called he Seas: and God saw that it was good.

I. The Garden of Eden

B. God placed the Tree of Life in the midst of the garden and the Tree of Knowledge of Good and Evil. (Gen. 2:9)

1. Genesis 2:11 Pison (Havilah) There is gold, bdellium and onyx stone

The flood was a catastrophic event that brought about dramatic change to the earth’s geography. With this in mind, it is very understandable that we would have difficulty finding every pre-flood marker such as Pison and Gihon. (The Tigris and Euphrates still remain.)

D. Theories on the missing heads

2. The Nile river somehow connected with Tigris and Euphrates once (this theory is weak)

3. Pison and Gihon could be translated “gusher” and “bubbler” and possibley are references to the long forgotten names of the tributaries of the Tigris and Euphrates Rivers.

II. Out of Eden

A. Land of the Mountains

Armenia – the name Armenia is not used in the original scriptures, but is a translation of the word Ararat. The Ark rested on one of its mountains.

Persia – Rose to the power under Cyrus the Great.

B. Land of the Plains

Chaldea – also called Shinar and Babylonia. Greatest city of the east in 536 BC.

Desert of Arabia – Called in scripture “Land of Kedar.”

C. Lands of the Mediterranean 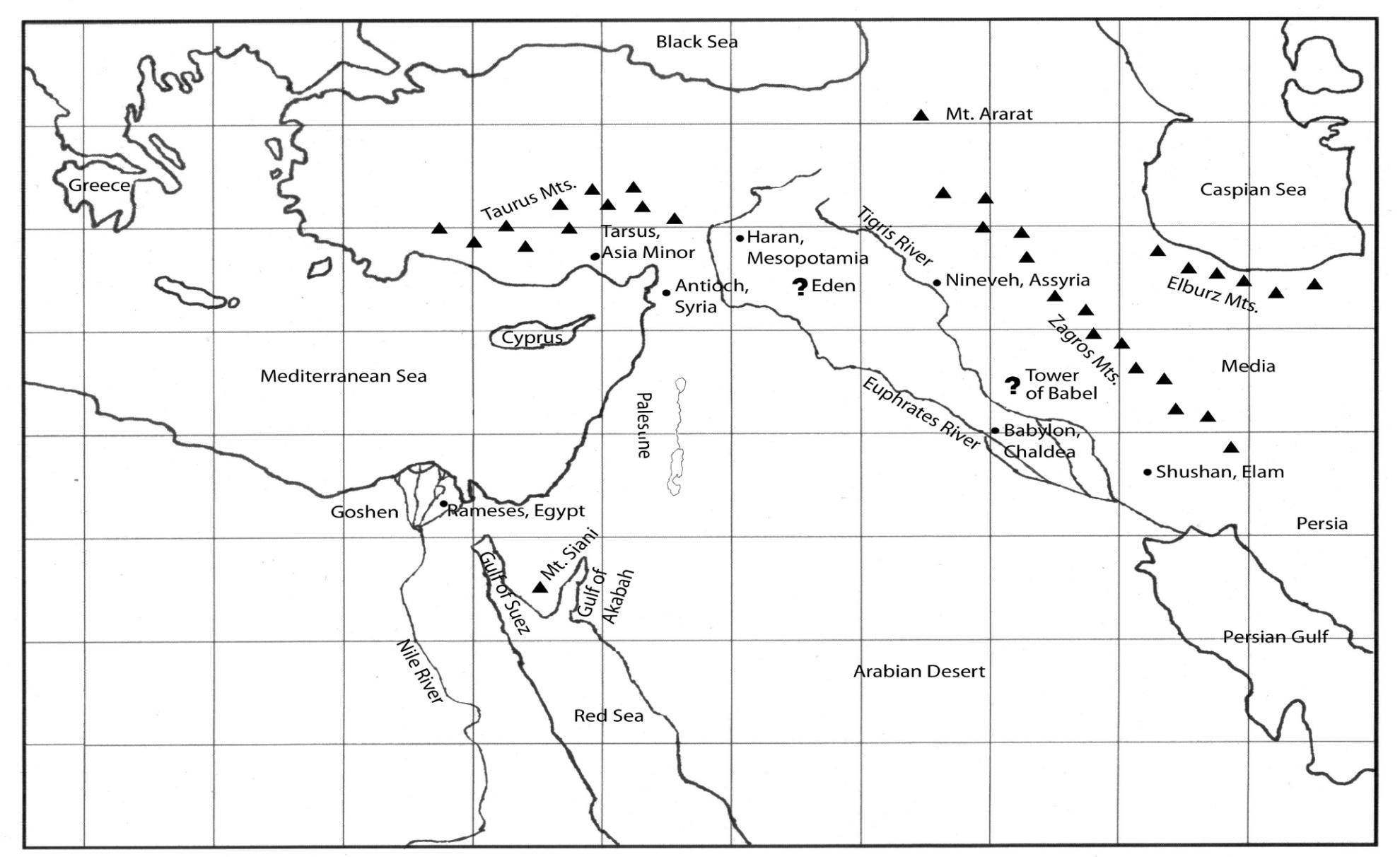